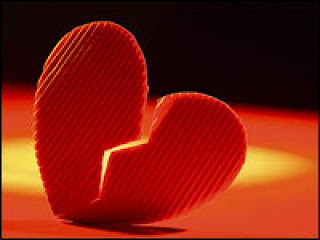 Your boyfriend.
He’s that great guy who spends at least 10 hours with you a week despite his classes, work schedule, and addiction to Entourage.
He has a killer smile and didn’t laugh at you (too much) when you were curled in fetal position throughout Paranormal Activity 2.
He EVEN watched The Notebook with you  (and secretly enjoyed it).
Yea… that guy.
But now that you’re in the full swing of competition season, he’s a new guy. He’s that guy sitting in the audience with a button of your airbrushed headshot pinned to his shirt. He has a noisemaker that your best friend made in one hand, and he’s one of three XY- chromosome bearing individuals in your cheering section. And he’s front row center to support you because he loves you…
…but not because he loves pageants. In fact, he hates pageants. All pageants. He doesn’t even care about the swimsuit section. It’s not that sexy for him. While you prance around in Lifestyle and Fitness, he’d rather be watching Lebron’s dunk during the ESPN highlights. Or eating a bucket of chicken wings. Or watching highlights while eating a bucket of chicken wings.
Let’s face it: most boyfriends tolerate their woman’s love of pageantry. In fact, most of the men in your life are guilty of this. My dad, who comes to all my competitions, wouldn’t cry if should happen to stumble upon another interest. He’s only there because I’m happy and I share half of his genetic structure.
So why does your boyfriend hate pageants?
Well, you have to think of it from his perspective: anyway it goes, he can’t win. If you win, you’ll be whisked away to your new life as a titleholder. For him, this means that after six months of dealing with your training schedule, he STILL won’t be able to see you. Womp.  If you lose, he’s the one who’ll have to console you for weeks and buy you the jumbo box of Mrs. Field’s cookies. Imagine how many Lebron highlights he’ll miss while playing Dr.Phil.
No bueno for him either way it goes. So be nice to your long -suffering boyfriend during pageant season. He deserves it. Here’s how.

1)      Attention– You love what you pay attention to, devote your time to, and with whose company you enjoy. If it’s your evening gown, then that’s your relationship. If you want it to be your boyfriend while you compete, you need to utilize all the little reminder buttons on your smartphone. During competition time, I can be a space cadet, but my reminders on various technologies don’t have such weaknesses! “Reminders” don’t forget birthdays, that it’s preseason for the Bears, or that Transformers 3 just hit box offices in 3D.
2)      Be Nice– Like more than usual. If you can muster it up for the judges in 6 inch heels, then you can be a little nicer to your guy while hanging out in sweats. We’ve all been there and we get you. During competition time, you’re stressed out and you hate everything. You hate puppies, kittens, cherubs, and the Twilight series. But for this reason, you have to try even harder to be nice to those you love most. They’re the ones paying $85 for three prelim+ final night competition package.
3)      Pageant? What Pageant?– Don’t speak. He knows just what you’re saying. I would suggest waiting until you’re around your pageant directors, your pageant friends, and your mom to nitpick with competition talk. He understands what you’re going through, but doesn’t want to be so understanding 23 hours of the day, and on all social mediums. Chill out when you’re with your guy, or you might get temporarily blocked from his G-Chat.